What is Bao Thanh’s real name? 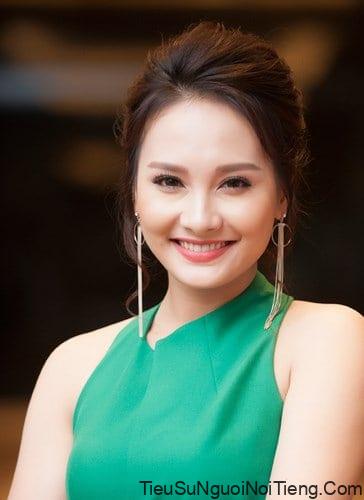 When was Bao Thanh born?

Where is Bao Thanh from?

She was born in Bac Giang.

How tall is Bao Thanh?

Does Bao Thanh have a husband?

Bao Thanh been married since the age of 21, when she was still a 3rd year student.

Who is Bao Thanh’s husband?

Bao Thanh’s husband is Nguyen Duc Thang, currently working for the Hanoi Police. He has a solid body, 1m84 tall.

The family of actor Bao Thanh

She was born in a family with an artistic cradle, when her parents were both famous tuong artists in Bac Giang.

It is surprising that from the age of 8, even when he had never once stood in front of the camera lens, Bao Thanh had caught the eye of the difficult director Phi Tien Son. The girl with an innocent but cinematic beauty immediately took on a heavy supporting role in a war-themed movie called Into the South to the North. 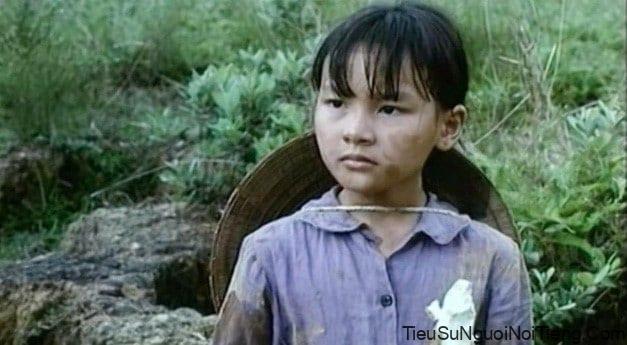 Not up to the expectations of the forebears in the profession, the eight-year-old Bao Thanh had a really excellent role. With no formal training, the little girl acted with instinct, passion and the heart of a child born in a family with artistic traditions. As a result, Bao Thanh has conquered a large audience by his pure acting. It is also thanks to this special role that from the age of eight, she immediately won the Best Supporting Actress award at the 13th Vietnam Film Festival.

After a successful role at the age of eight, the thought that Bao Thanh would win over rushed forward, continuing his acting career. But perhaps the young girl was not mature enough to be aware of the early popularity, even less strong enough to step into the professional acting path. Bao Thanh continued to live like any other normal girl, continuing to nurture her passion for Saturday art by entering the Hanoi University of Theater and Cinema.

Highly rated at the university, everyone is looking forward to Bao Thanh’s impressive return to the screen. No one expected a girl with personality and independence to decide to get married at the age of 21, even when she was still an excellent student. The reason is because “the doctor said to get married”. Thought that would affect Bao Thanh’s career, but the good news is that Bao Thanh’s married life is extremely fulfilling with a talented husband, always sympathetic to her work, a spiritual support. firmly for the next step on the artistic path. 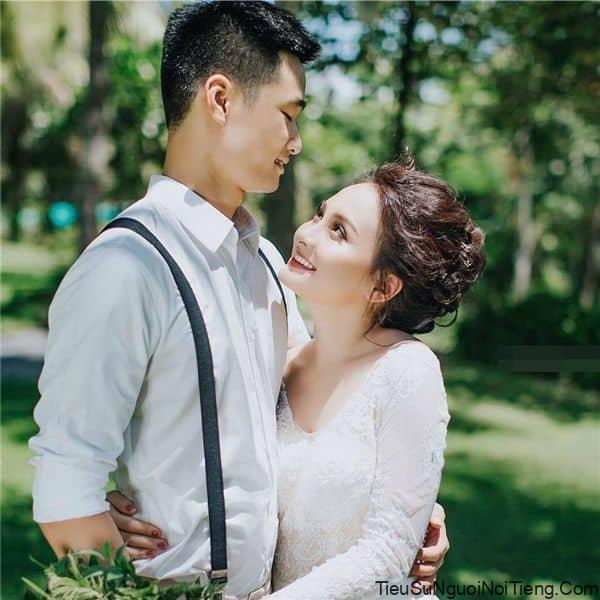 In 2013, Bao Thanh returned to the screen and participated in the TV series “Life” in the role of Doi. The success of this film has helped Bao Thanh get more invitations to act in movies.

The year 2014 is considered as an important milestone in the actor’s career when Bao Thanh Nam moves to film the movie “Crazy Husband” directed by Quach Khoa Nam. Bao Thanh’s sharp eyes, containing many deep intentions, help her character Ngoc Diep become true and alive. The role helped her win the Golden Kite Award in the category “Best Actress in a TV Series”, in 2014. 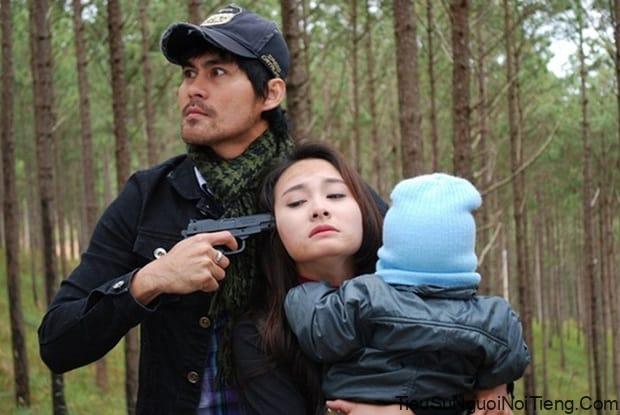 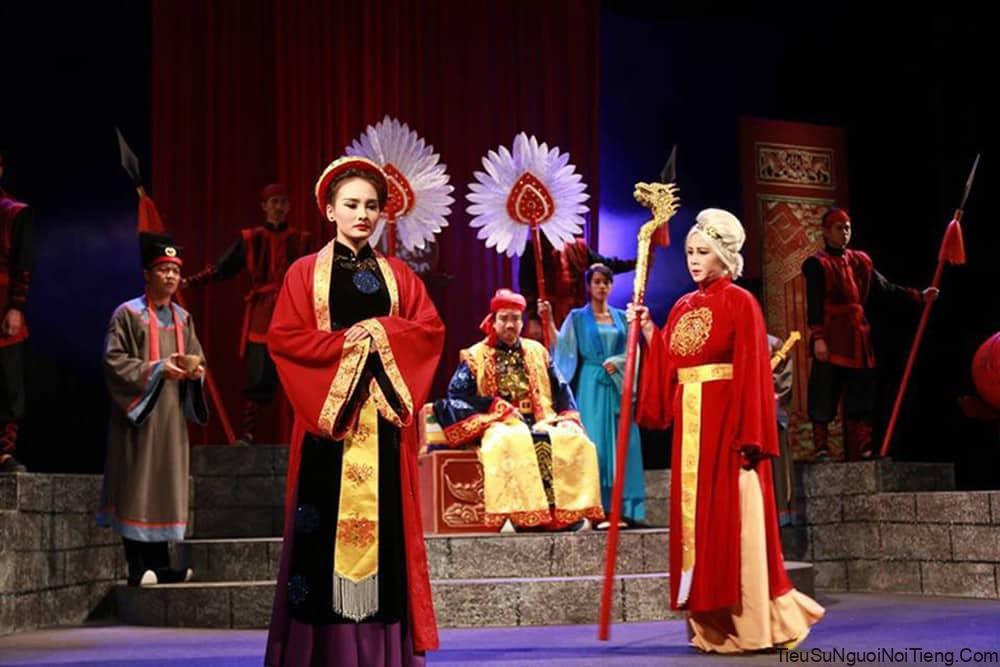 In 2016, Bao Thanh returned to the TV series as Quynh in the movie “Marriage Contract” by director, People’s Artist Khai Hung. The actress is highly appreciated for her excellent portrayal of Quynh, a woman with strong personality, carelessness and complex psychology.

Having given himself extremely high-quality roles, highly appreciated by experts for his acting ability, but during the period from 2013 to early 2017, the name Bao Thanh still could not explode. She kept struggling to find a place for herself, always devoted herself, but was not known by too many people.

Every effort will pay off, after so many unremitting efforts, Bao Thanh’s golden age has finally come. The role of the national bride Minh Van in the “television blockbuster” Living With the Mother-in-law brought Bao Thanh’s life to a new page.

With her natural acting ability and well-trained, Bao Thanh easily scored points in the eyes of viewers. No longer the gentle Doi of Tro Doi, the cunning Diep of Crazy Husband, even less a cheerful Bao Thanh behind the camera, the one the audience sees on the small screen is the strong, present-day Minh Van bride. Great and full of personality.

With emotional eyes, flexible expressions and excellent radio, Bao Thanh makes the audience completely believe in the existence of the character. Viewers often have to get goosebumps with psychologically heavy segments and gloat with moments when Minh Van “counter-dame” her husband’s family. With Living Together with her mother-in-law, Bao Thanh brought the TV audience to all different emotions and took away many tears from fans.

The role of this lifetime brought Bao Thanh to the VTV Awards in the Impressive Actress category and also helped her career turn to a new page with the love of the public, to fame and affirmation. ability to be recognized.

Recently, Bao Thanh once again bombarded the screen, surprising the public with his impressive transformation ability in Going Home, Continually causing fever through each episode. This time, she plays the role of a girl who lives in reality, personality, money-hungry and handsome, but doesn’t sell herself cheaply and deceives anyone, encounters a love affair with a peachy, cunning guy, one nine one ten. 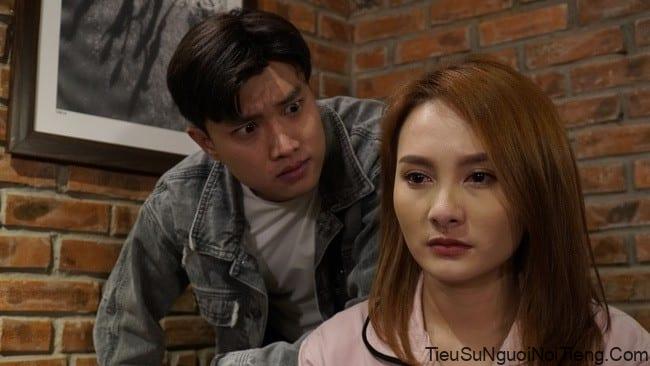 Compared to extreme faces like Thanh Huong, Lan Phuong or even Thu Quynh, perhaps Bao Thanh’s time with VTV is somewhat less. But the “national bride” is not inferior to her senior, she is even considered one of the best actresses of the VTV universe at the moment.

The secret is irresponsible, stealing money

On the evening of November 5, 2018, a beauty spa sent information accusing actress Bao Thanh of unilaterally breaking the advertising contract, and “swallowed” the amount that this spa had previously deposited for her.

Specifically, Bao Thanh signed an advertising contract with this spa on September 29, 2018. In the contract, it is clearly stated that Bao Thanh does not need to wear makeup, leaving a bare face to shoot advertising. 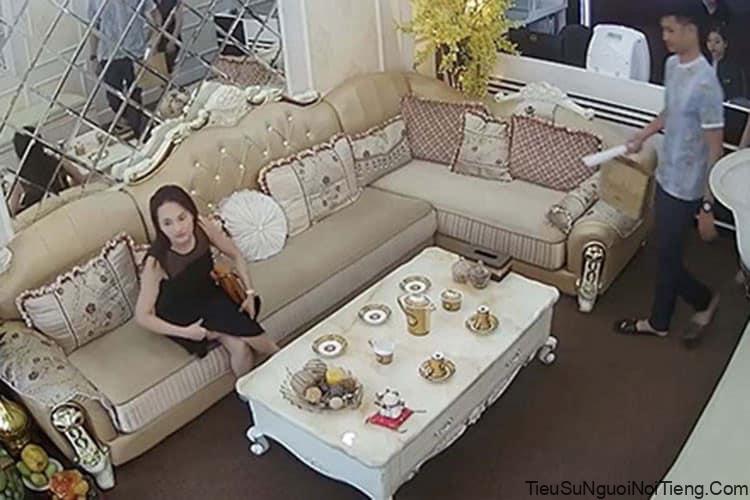 Actor Bao Thanh signed a contract and requested the company to transfer 100% of the contract value in advance, equivalent to 60,000,000 VND. The business side transferred the above amount to the actress’s account at 8 pm on September 28, 2018.

However, on September 29, 2018, Bao Thanh appeared at the advertising filming location with a heavy makeup face, violating the contract and script that the two sides had previously agreed on.

The directors, assistant directors then discussed with Bao Thanh about her makeup to find the final solution. However, after nearly an hour of exchange, the actress automatically left, leaving the filming crew to stay at the location.

The spa representative said that Bao Thanh’s voluntary cancellation of the advertising shoot on September 29, 2018 caused this unit to lose 30,000,000 VND (including equipment rental and filming crew). 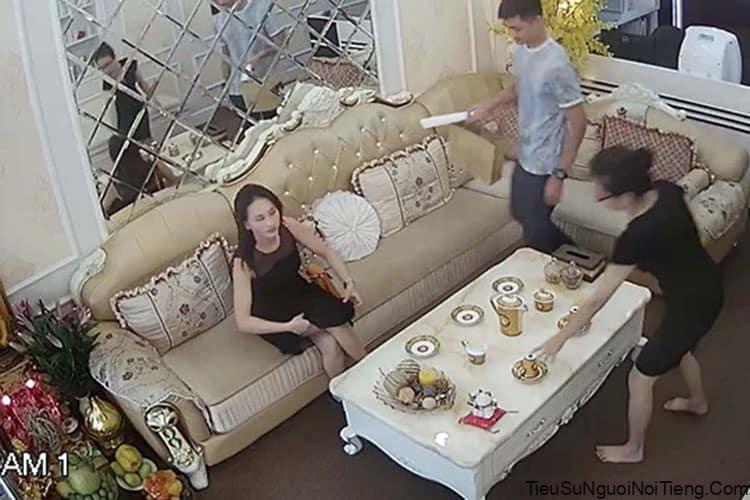 After that, the spa side repeatedly contacted Bao Thanh and asked her to return the amount of 60,000,000 VND previously transferred.

Bao Thanh has agreed to refund the amount of VND 30,000,000 to the business, but by the end of October 2018, this business has not yet received the amount. Sharing about the incident, the business representative was very upset, saying that he had been waiting for goodwill actions from Bao Thanh for more than a month, but the actor still did not cooperate.

Contacting Bao Thanh, the actress confirmed that she did not violate the contract and the incident was distorted to smear her honor. She said that she accepted to act in advertising for the aforementioned unit, but the two sides have never signed a service cooperation contract with each other. Moreover, when the dispute occurred, this business did not have any official written notice to her, but issued a press release with accusations of affirming false information. As such, this action was taken with the purpose of smearing the actress’s image in public.

Accused of cheating on male colleagues 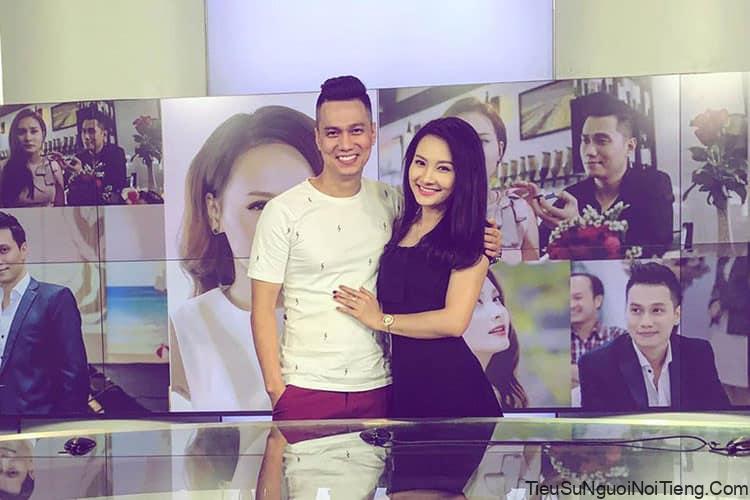 Before there were a series of messages “wanting to meet privately” allegedly from Bao Thanh to Viet Anh, Viet Anh’s wife once caused a stir among netizens when she posted a status line accusing a married man but still letting go. listen to her husband. 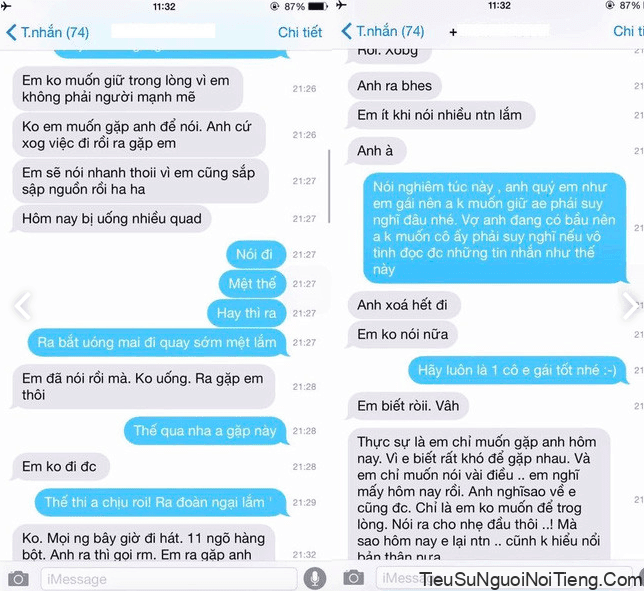 Soon after, former model Kim Tien – wife of actor Lam Minh Thang – also spoke up about the fact that her husband was also sexually harassed by an actress while filming the movie Crazy Husband.

In this film, Bao Thanh appeared, so many people immediately assumed that the woman Kim Tien mentioned was Bao Thanh. 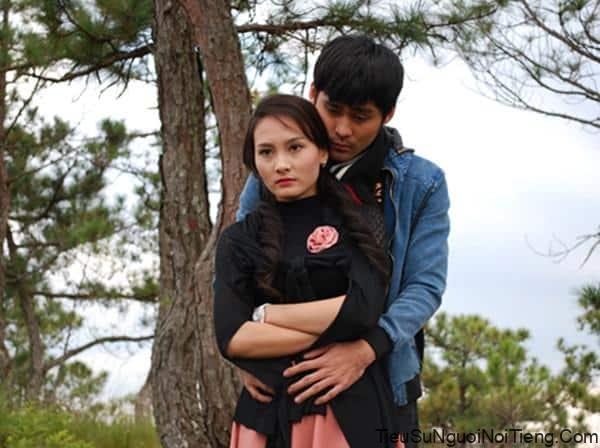 Contacting Kim Tien, she was quite upset: “I don’t want to point out anyone by name, but I’m sure that woman and the people inside will understand who I mean.

The story of her molesting my husband happened 3 years ago. At that time, the whole crew of Crazy Husband knew, but everyone hid it from me. When it came to light, I was advised not to make a fuss because doing so would affect the drama and only make her more popular.

I thought a lot and decided to swallow my anger. Because fortunately my husband did not do anything wrong, at that time my children were still young, so I did not want that to affect my family.

When I heard that little Huong (Huong Tran – wife of actor Viet Anh – PV) was suffering because the woman texted her to solicit her husband, I felt so guilty, so I decided to speak up.

I know that when I speak up, people will definitely scold me for a lot of money and many things. Many people also said that Huong and I were wrong and in a hurry to denounce her with only such “nothing” messages. But I would like to ask, do you have to wait until you get your hands on it to say it? Will there be time until then?”

Not only Lam Minh Thang’s wife, Anh Dao – Hong Dang’s wife also spoke out about Bao Thanh’s scandal. She posted a hidden status line about this love scandal. Not only attaching a picture of the message supposedly of the miserable daughter-in-law in Living with mother-in-lawHong Dang’s wife also “tag” the name Tran Huong – Viet Anh’s wife – in the status line. 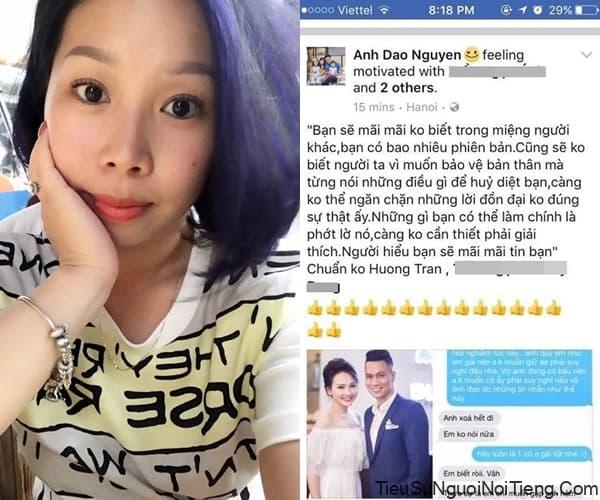 Becoming the focus of public opinion, Bao Thanh said that he would answer the public’s questions when it was the most appropriate time. Until the beginning of 2018, in an interview on Young Intellectuals, Bao Thanh first shared about the scandal with Viet Anh.

Bao Thanh asserted that he did not do the things that were rumored by the public. She thinks that because she is too subjective and trusts people, she is inadvertently negligent to have an unfortunate incident that affects her name.

After Bao Thanh’s share, Viet Anh’s wife immediately posted a hidden status that many people understood as a response to Bao Thanh. Amidst the controversy, shared on Vietnamnet, Bao Thanh denied his status line was aimed at Viet Anh’s wife. 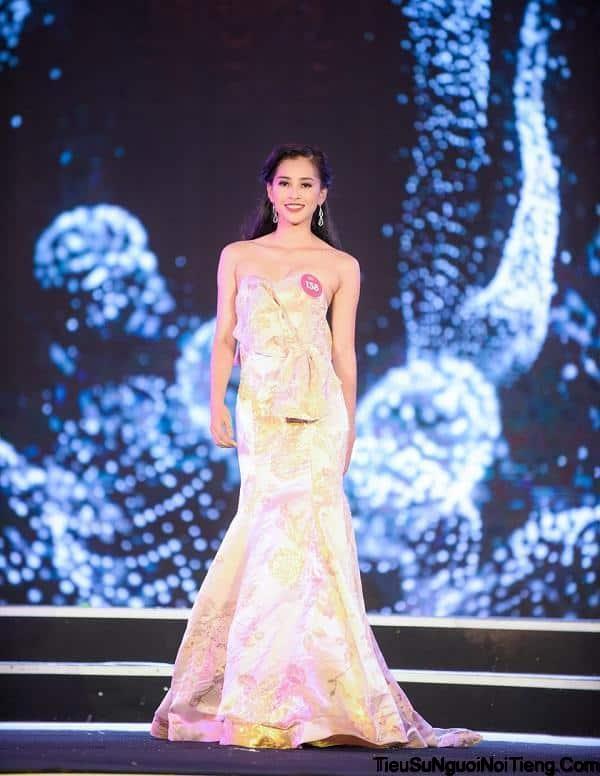 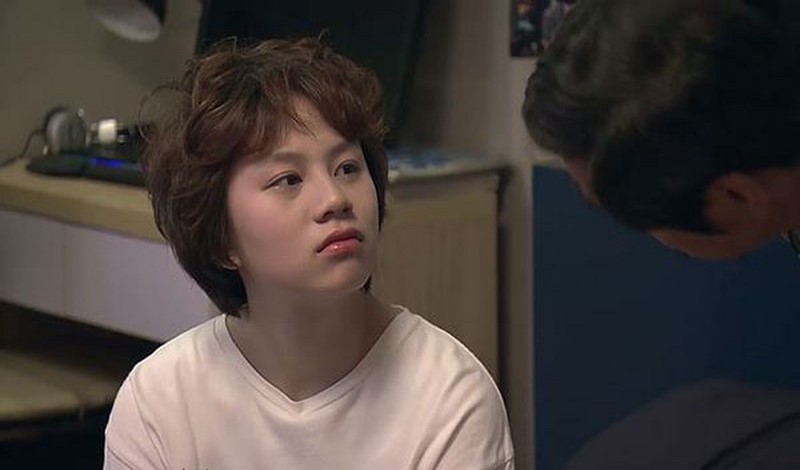 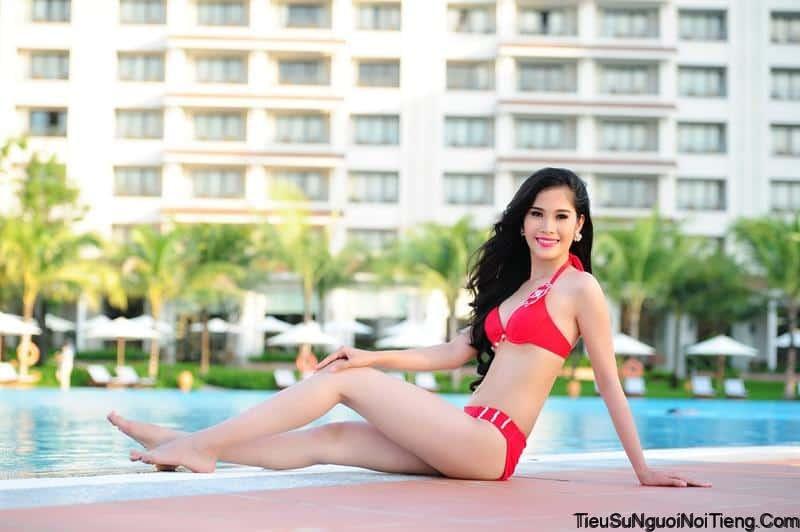