Who is Hoai Lam?

In addition, Hoai Lam is also known as the adopted son of artist Hoai Linh. 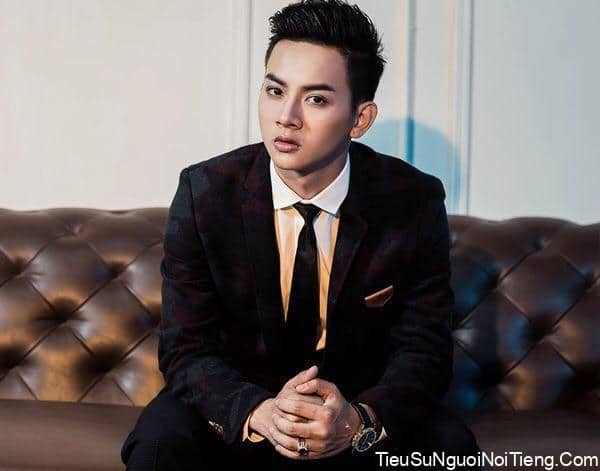 What is Hoai Lam’s real name?

When was Hoai Lam born?

Where is Hoai Lam from?

He was born in Vinh Long.

How tall is Hoai Lam? 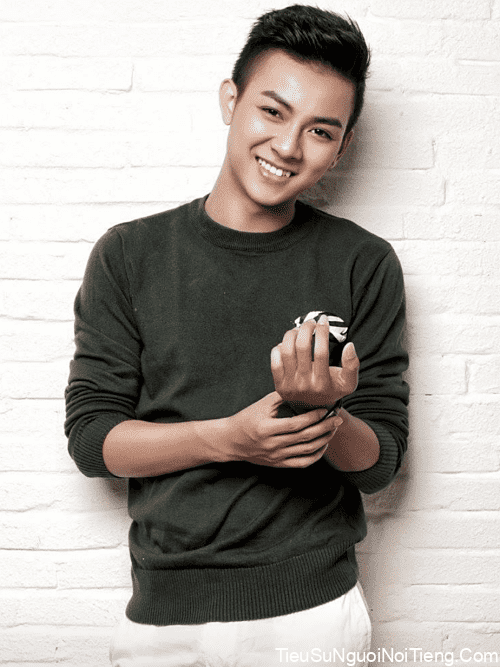 Hoai Lam’s real name is Nguyen Tuan Loc. Hoai Lam is a stage name given by Hoai Linh’s adoptive father when he sings. Hoai Lam is the “son of the family”, his mother is the “pregnant woman” of the Vinh Long Cai Luong troupe and his father is also a Cai Luong artist who has been paired with artist Cam Tien. 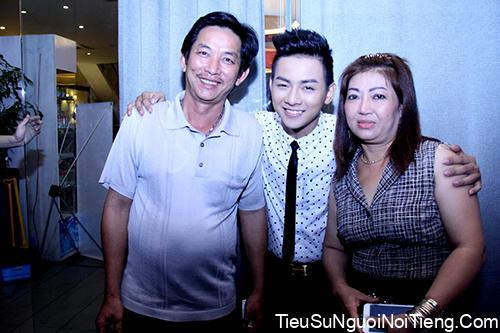 From a young age, Hoai Lam was sometimes allowed by his father to follow the troupe to perform in some places. He also knew how to sing ancient songs, cai luong and artistic blood in him.

At the age of 13, Hoai Lam was given the phone number of artist Hoai Linh by his father. Many times I called, sent draft songs and went to Saigon to find Hoai Linh to learn a trade, but it was still not as desired. During 3 weeks in Saigon, Hoai Lam was fortunate to have singer Huong Lan listen to the song “Sa rainstorm” performed by him. With a rustic and sincere voice, Hoai Lam conquered artist Huong Lan and has been helped by comedian Hoai Linh since then.

After a period of persuasion, Hoai Lam was adopted by Hoai Linh, officially named “Hoai Lam”, to live in the same house to learn a trade. In addition to imparting professional skills, Hoai Linh also introduced Hoai Lam to participate in a number of comedy and musical programs. He also regularly lets Hoai Lam participate in his shows, can act with or be in charge of logistics roles. Hoai Lam often calls Hoai Linh “father” (to distinguish it from his biological father, called “father”). 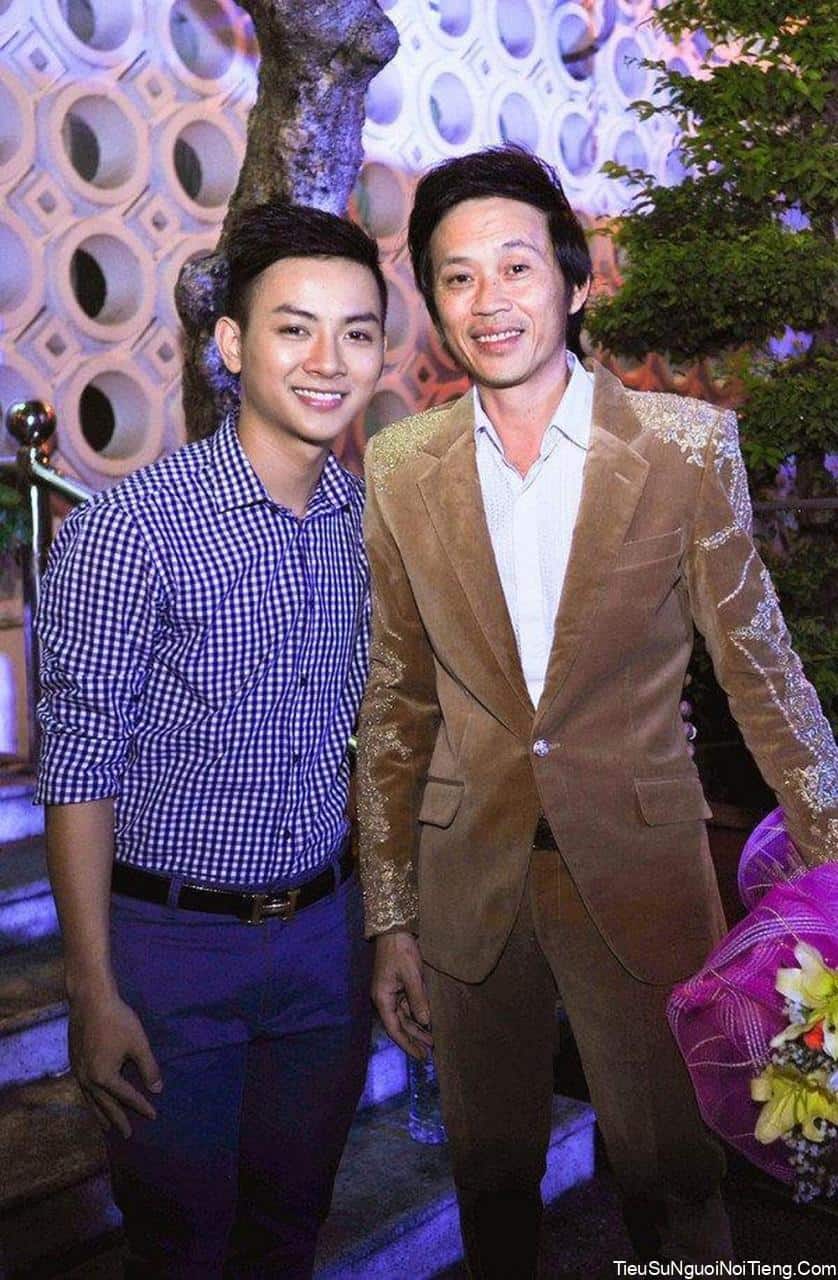 Through the introduction of Hoai Linh, Hoai Lam was accepted by male singer Dam Vinh Hung as a student and guided in vocal training, imparting stage skills. Some information suggests that Dam Vinh Hung helping Hoai Lam is in response to Hoai Linh helping Dam Vinh Hung when he was a singer before. One of Hoai Lam’s first appearances as a singer was at the Liveshow “Country Love Song” to celebrate the 9th anniversary of female singer Bich Thao’s singing on March 3rd – 4th, 2009 at the Bridge Stage. Vong 126, Ho Chi Minh City. 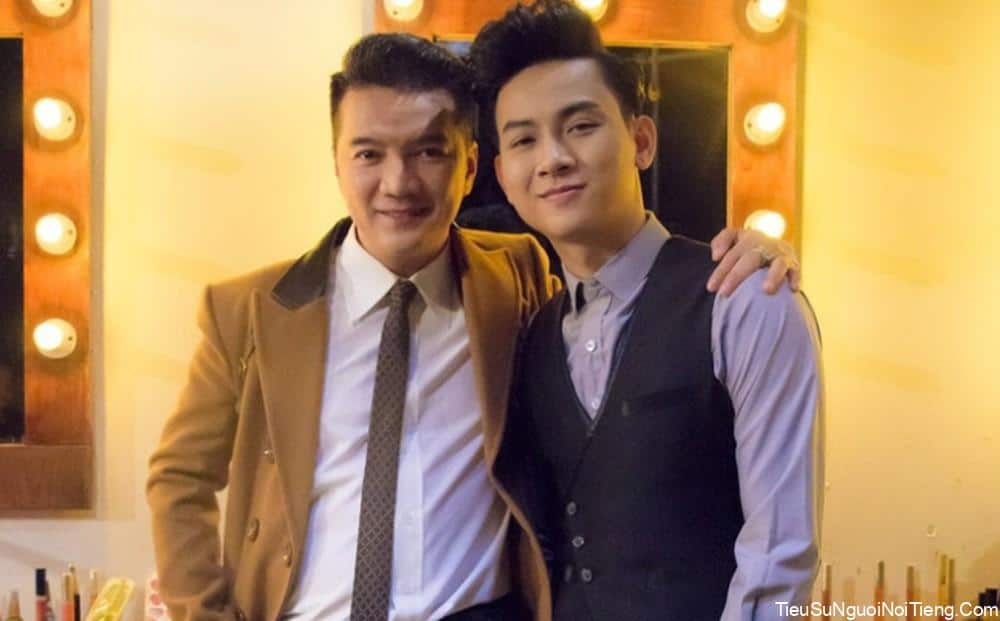 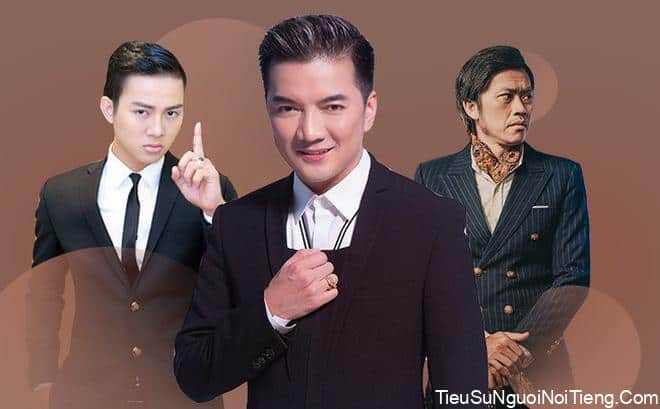 If every day, the little student with a thin, black body, a bit sloppy, rural, after only 2 years of training Hoai Lam has become a “Bolero killer”. When it comes to Hoai Lam, Dam Vinh Hung did not hesitate to show his pride to the little student. In 2011, Hoai Lam officially entered the professional singing path when performing the song “Tear Tears” on stage with Mr. Dam.

As a young singer just starting out, Hoai Lam is known by a small part of the public, mainly tea room guests who love lyrical music in Ho Chi Minh City and some southwestern provinces. However, after participating and winning convincingly in the reality TV show Familiar Face season 2 in 2014, Hoai Lam’s name has become popular in the performing arts industry and the Vietnamese music-loving public. Men of various ages. 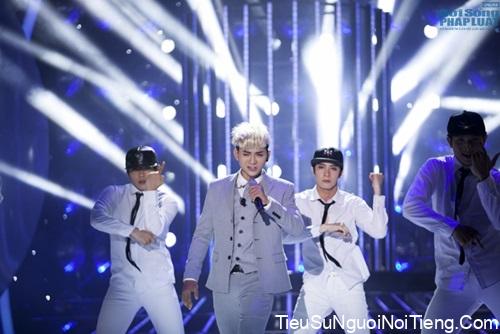 After the first 11 shows, he achieved a cumulative score of 393 points, leading the 6 contestants on the show. At the final Gala, with the dual incarnation of two artists Thanh Nga and Thanh Sang, he continued to get the highest score, won the first prize of the program according to the evaluation of the jury and at the same time was the contestant that was chosen by the audience. The audience voted the most with 58.15% of the total audience voting via SMS and via the program’s official website.

After participating in the program “Familiar Faces” in 2014, a number of songs performed by him in this program created strong effects, attracting special attention from the public.

After the familiar Face program, Hoai Lam became a new “phenomenon” of Vpop, he was able to sing cai luong, folk, lyrical and even young music. Not only stopping at singing, Hoai Lam is also a potential actor, he often accompanied Hoai Linh and surprised the audience when he acted in Dolls, Falling Father, Side Tears. River, I am a master… 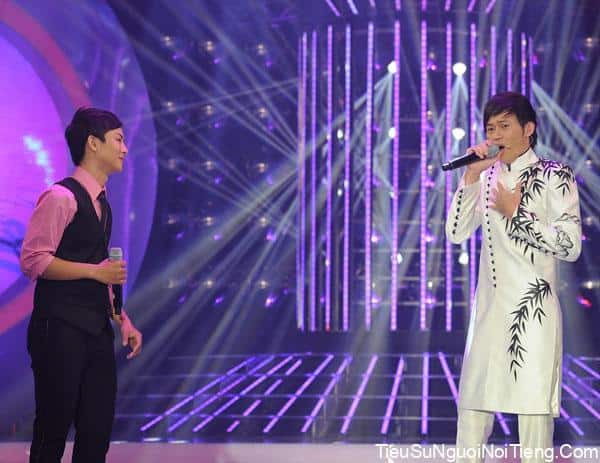 Entering the profession at the age of 13, veteran artist Hoai Linh, powerful singer Mr. In the lead, Hoai Lam has been molded and has many conditions to develop, plus innate ability, love of art since childhood, a bright face on stage, gentle, lovely, Hoai Lam has become a promising young artists in many fields, with a bright future. But suddenly in October 2018, Hoai Lam canceled all shows, and retired for 2 years, making Hoai Linh, Dam Vinh Hung, … and fans extremely surprised and regretful.

Although Hoai Linh and Dam Vinh Hung advised a lot, but Hoai Lam still resolutely stopped singing to rest, learn and cultivate more. It was this that made artist Hoai Linh extremely disappointed and decided to give up, but Mr. Dam still could not leave his beloved pupil, he was still ready to open his arms for Hoai Lam to return to the stage.

“There are only two people in this world that I am willing to cut my flesh for: Duong Trieu Vu and Hoai Lam. Now Hoai Lam needs anything from money, relationships, I’m ready to help.”

Emerging as a name no one can compete with in Vpop 2014, Hoai Lam converges with all colors and talents, thinking that the young artist will develop even more on his career path. But in 2015, Hoai Lam began to be absent from showbiz, publicly showing affection for Bao Ngoc (Daughter of comedian Bao Quoc, sister Gia Bao).

Although he proved to the audience the sincere and passionate 5-year relationship with his lover, Hoai Lam’s career, on the contrary, is increasingly regressing. By 2017, it seemed that he was only known for his love rumors, was suspected of using banned substances with unstable health, and frequently canceled shows.

Although both sides of Hoai Lam – Bao Ngoc’s family do not forbid both of them to love each other, they only want the young couple to focus on their careers before deciding on a life-long affair, but it seems that both have their own thoughts. That’s why the singer’s career declined without stopping, even though Hoai Linh could not stop it, culminating in the decision to suspend artistic activities.

Hoai Lam and Bao Ngoc met in 2011 when they were both 15 and 16 years old. However, it was not until 2016 that Hoai Lam announced his girlfriend – Bao Ngoc, who was also interested by the audience as the grandson of Meritorious Artist Bao Quoc. At the age of 21, when he publicly had a girlfriend, Hoai Lam put his name at risk when he lost a large audience who loved the image of this gentle and sympathetic young singer. . 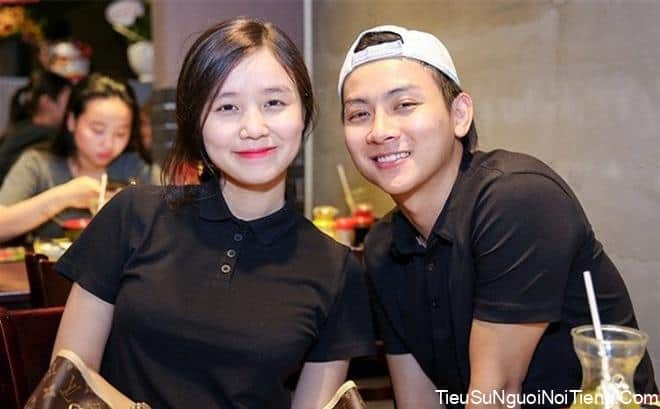 Overcoming all mixed reactions, the two often accompany and are ready to protect the other from public opinion. The couple has accompanied each other on many events. Bao Ngoc is always behind to support the male singer’s career. On the part of Hoai Lam, he also affirmed that he is not impulsive in love.

The couple often shares happy moments together in everyday life. The male singer spends a lot of time with his wife, the couple often travels together. However, in terms of his career, Hoai Lam seems to be slow to come up with remarkable music products as well as a strategy to become a potential artist as many people expect. 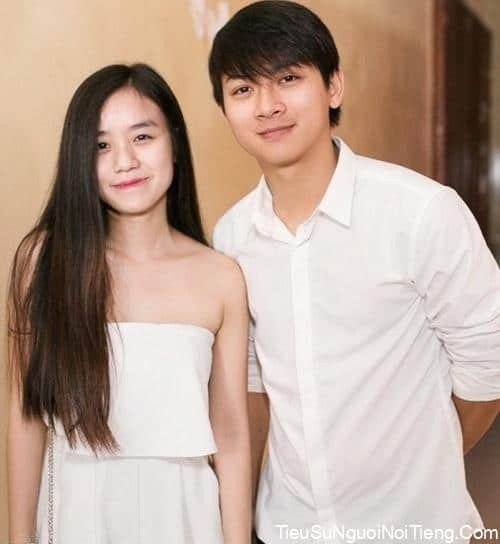 At the end of 2017, Bao Ngoc attracted attention when she wrote a long letter to celebrate 6 years of love, she said that the two had broken up and returned many times because they realized they still had feelings for each other. A year later, Hoai Lam made a surprise when he announced his withdrawal from the entertainment industry for 2 years, canceling previous events. Many people were surprised by Hoai Lam’s decision and there were many sources of information that the male singer stopped singing to take care of his family. 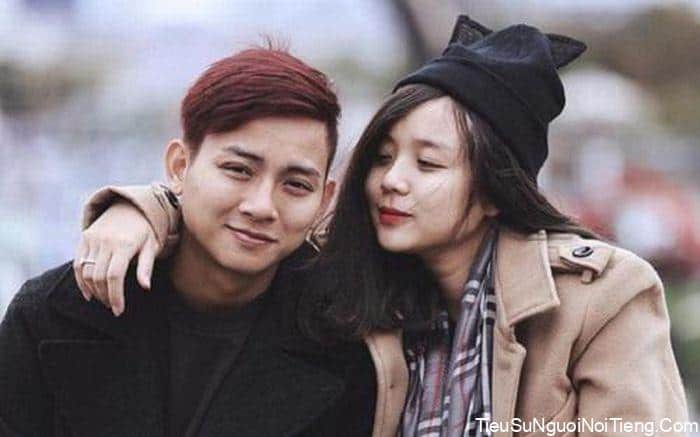 By 2019, after a year of silence before all rumors, Hoai Lam officially admitted that he and Bao Ngoc had registered their marriage, became a legal couple and had two daughters together. After confirming the relationship, Hoai Lam – Bao Ngoc gradually became more comfortable in front of the crowd after a long time of being closed.

However, at the beginning of 2020, the two were constantly under suspicion of a rift because they rarely appeared together. Before the Lunar New Year, Hoai Lam no longer appeared with his small family and did not celebrate Tet with his wife and children. At that time, Bao Ngoc said that the male singer only returned to his hometown to recuperate. 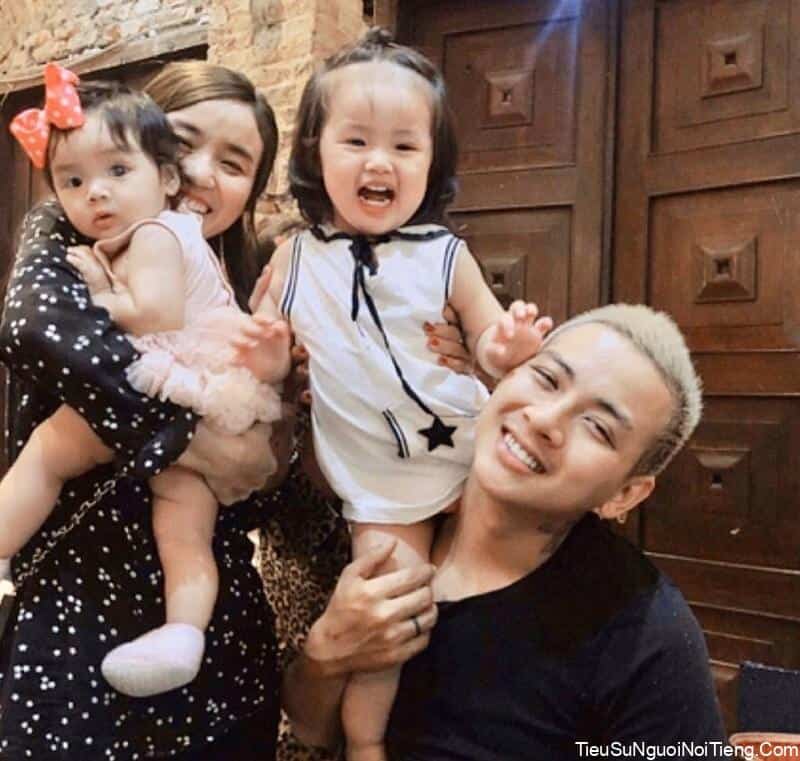 On June 25, Bao Ngoc officially confirmed “everyone’s way” with Hoai Lam, ending a journey of nearly 10 years together full of turbulence. Bao Ngoc confided that the two broke up not to strain his relationship with Hoai Lam later, but to have peace for himself and his two children. 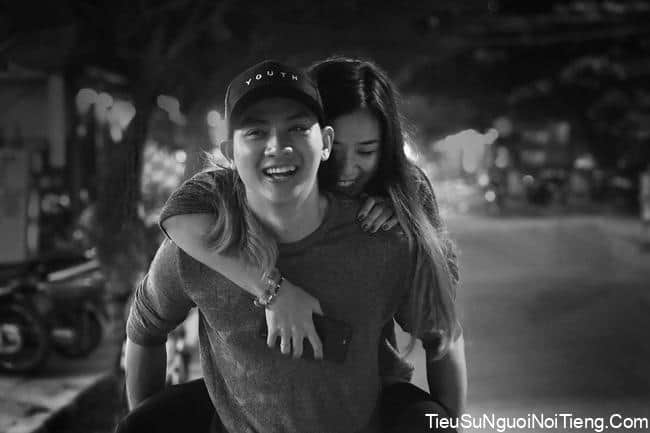 Indeed, husband and wife are predestined, when the end of the predestined debt has to accept. In fact, after the breakdowns, many artists have found themselves and have a happier, more peaceful private life, dedicating more to art. At the same time, there are names that inevitably fall because of divorce. Therefore, when he considers divorce as an escape, Hoai Lam requires more courage, energy and firm belief in life and the beloved audience is still waiting for him to return with music projects. new.

Hoai Lam is back with a series of hits, Flowers Bloom Without Color, Sad Do Chi Em

He also released the soundtrack songs “Just be with you” (Movie of Life and Death), “Lonely in my house” (film King of Bread).

In October 2020, Hoai Lam attracted attention when he said that he would use a new stage name to join a band called Deep Troi. Thought, the male singer would officially return to showbiz but no, his band and himself remained quiet. Music products are still released but without major investment, nor promotion.

According to the introduction, the band Deep Troi will “weigh” all genres of music. The male singer confirmed that he only used this stage name to sing rap and some other types of music, but did not give up Hoai Lam’s name.

Indeed, Hoai Lam still keeps the stage name given to her by artist Hoai Linh when singing ballads. He collaborated with musician Aitai in the song “The one who comes later will give you everything”. This is a deep ballad. There, Hoai Lam maintains his style by his sweet voice.

He is also active in rap music with many stage names such as Loc Aka, Young HL, Young Luuli. On October 30, 2020, Hoai Lam’s personal Facebook page announced that he had reached the golden button from YouTube with the number of 1 million followers.

In January 2021, his song “Colorless Blooming Flowers” won the “Song of the Year” award of the Dedication Music Awards. 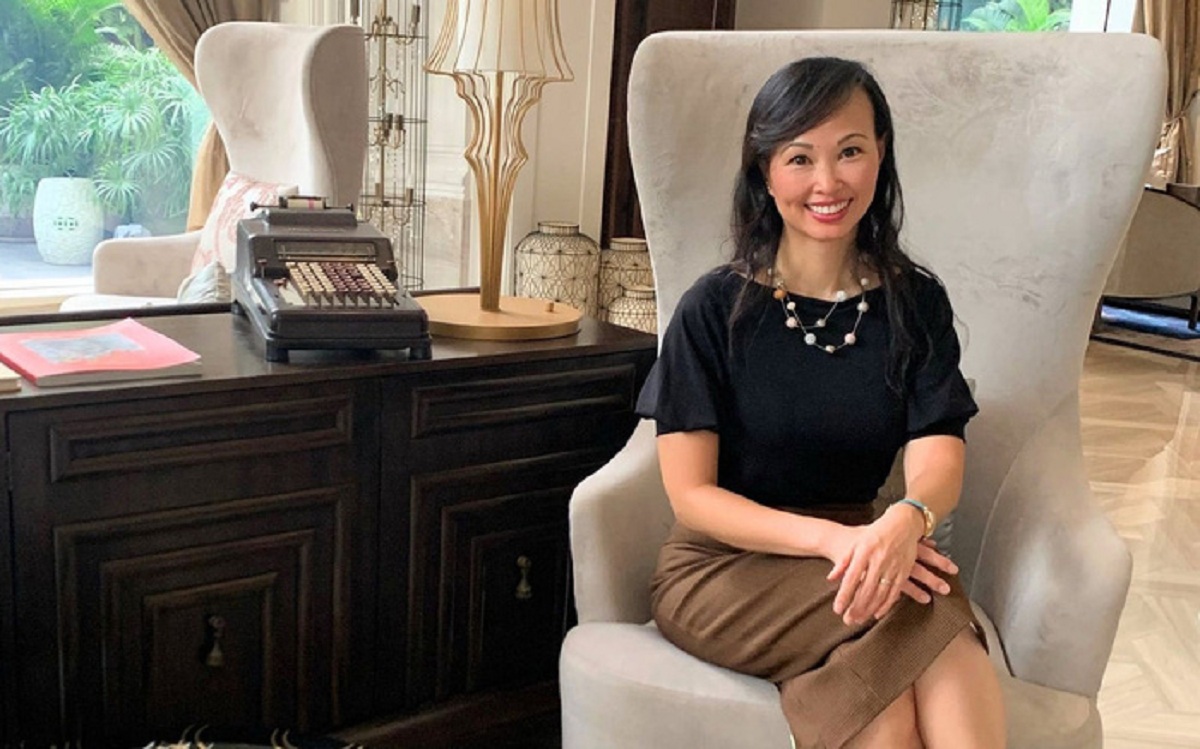